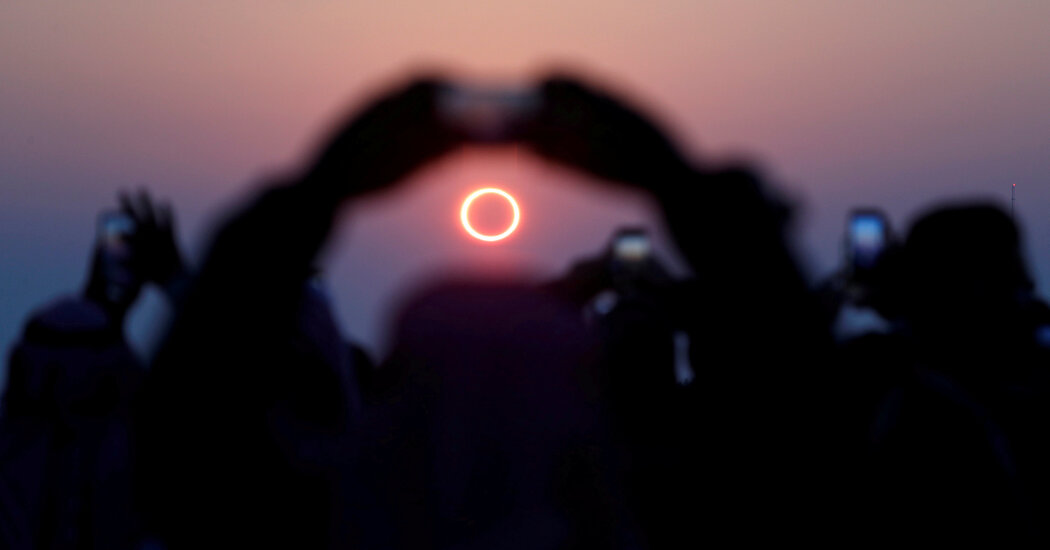 If you’re far enough north, the sun will rise like the horns of a bull on the morning of Thursday, June 10. It’s an annular eclipse, also known as a ring of fire eclipse. Think of it as a beacon for the solstice on June 20, which is the astronomical start of summer.

The full annular eclipse can be seen only by people living in a few remote places. But if you’re willing to wake up at sunrise in many other places and use proper safety procedures, you’ll get a pretty good view of a partial solar eclipse.

Where and when will the eclipse be visible?

On June 10, the ring of fire will be visible across a narrow band in the far northern latitudes, starting near Lake Superior in Ontario, Canada, at sunrise, or 5:55 a.m. Eastern time. It will then cross Greenland, the Arctic Ocean and the North Pole, ending in Siberia at sunset, or 7:29 a.m. Eastern time.

Outside of that strip, observers will see a crescent sun, or a partial solar eclipse. The closer they are to the centerline, the more of the sun will be gone. In the New York metropolitan area, said Mike Kentrianakis, who was the Eclipse Project Manager for the American Astronomical Society during the big eclipse in 2017, the sun will be about two-thirds obscured when it rises at 5:25 a.m. Eastern time.

“It will then reach a maximum obscuration of nearly 73 percent at 5:32 a.m. from New York City,” he wrote in an email.

He added: “Expect an exceptionally darkened dawn. It’s always darkest before dawn. On this morning not exactly!”

Of course what you get to see may depend on the weather forecast. While a National Weather Service forecast found low likelihood of rain on Thursday morning, it did not guarantee clear skies. The forecast on Wednesday afternoon suggested sunrise skies could be mostly cloudy.

What is an annular eclipse?

During total solar eclipses, the moon totally blots out the sun, exposing our star’s feathery shy corona. These happen every couple of years.

But during annular eclipses, the moon is far enough from Earth that it doesn’t cover the whole photosphere, as the sun’s bright glowing surface is called. As a result, a thin circular strip of glowing sun remains once the moon is centered in front of the sun. This is the “ring of fire.”

At its maximum, this June’s eclipse will leave 11 percent of the photosphere still exposed.

But if you can’t get any glasses or other filtering viewers in time for Thursday’s eclipse, there are other things you can do, like make a pinhole projector at home with cardboard or a paper plate. Here are some instructions.

Can I watch this eclipse online?

There are a number of options to watch a stream of the eclipse.

NASA will start its video coverage on YouTube at 5 a.m. Eastern time, although the agency says that the view will be dark until 5:47 a.m.

Other websites, including Timeanddate.com and Virtual Telescope will also provide streams from a variety of locations, also starting at 5 a.m.

How rare is this kind of eclipse?

Annular eclipses are not all that unusual. A “ring of fire” put on a show in the Middle East and South and Southeast Asia in December 2019.

One interesting feature about this eclipse is that it will move north, crossing over the North Pole before heading south. That the eclipse is occurring so far north is explained by its occurrence near the summer solstice, when the northern half of the planet is close to its most extreme tilt toward the sun.

The last time a crescent sunrise eclipse occurred in New York was 1875, Mr. Kentrianakis noted. “And they complained like us about getting up so early,” he said.

Why do astronomers study eclipses?

Total solar eclipses are the best chances astrophysicists on Earth have to study the stormy dynamics at the sun’s surface that launch pieces of it into space and somehow pump energy into the thin million-degree corona. 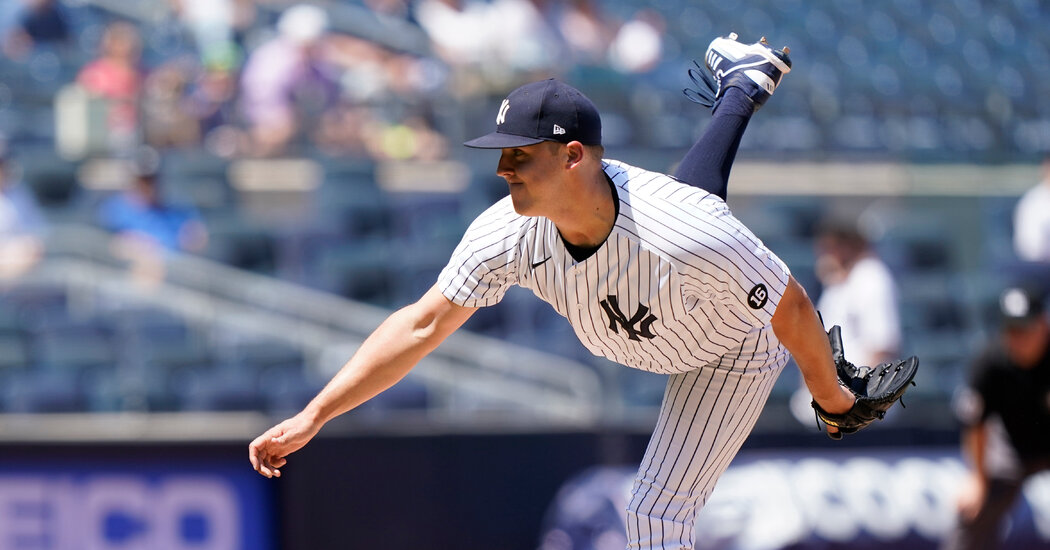 Yankees Flex Their (Pitching) Muscles in Sweep of White Sox 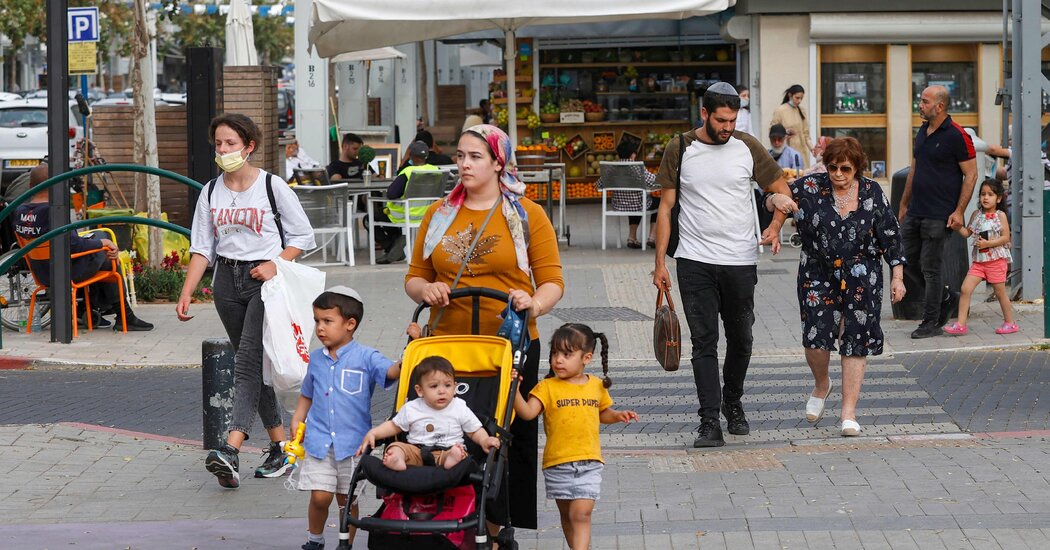 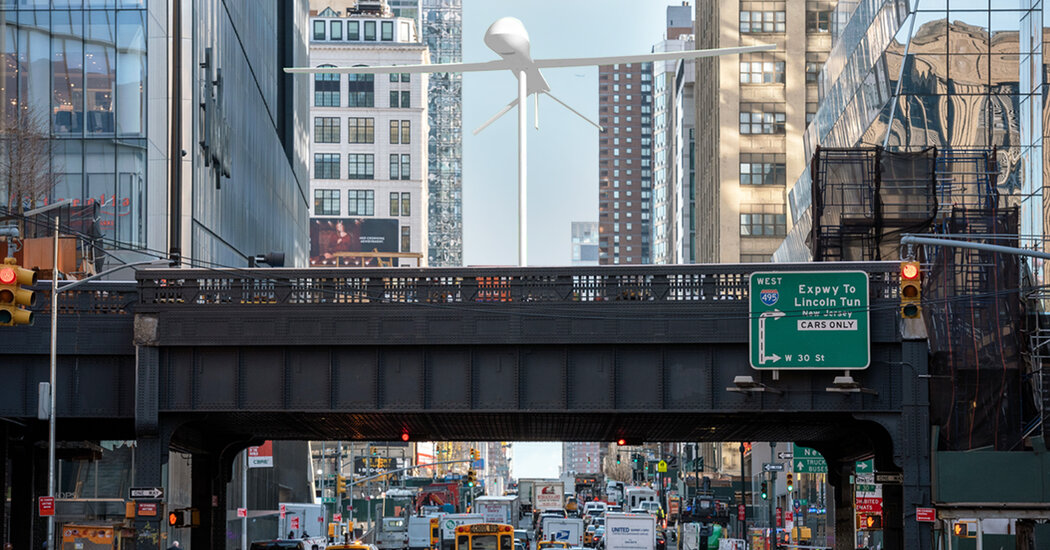 With a Drone on the High Line, an Artist Re-emerges From Controversy