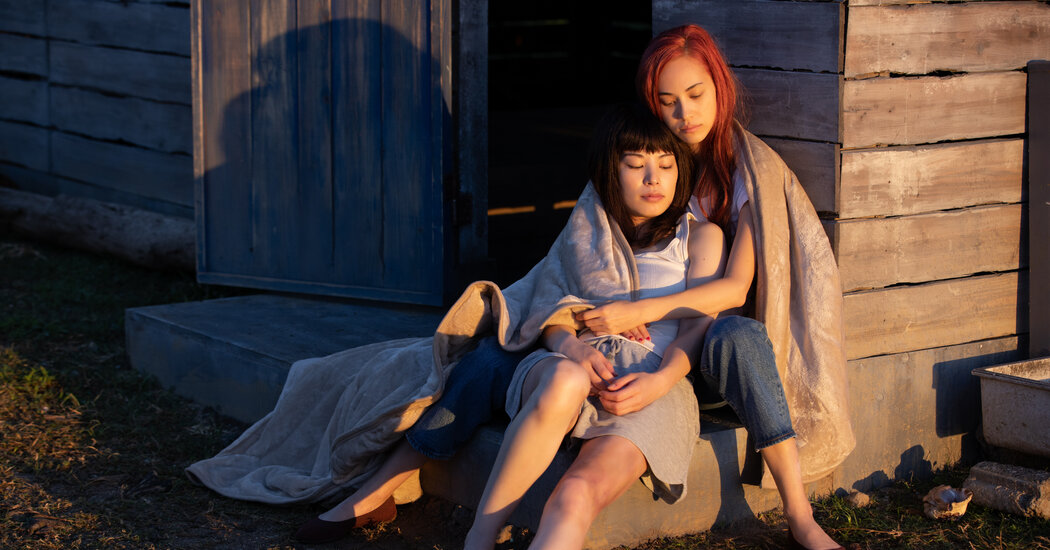 The long take that opens “Ride or Die” might recall the Steadicam shot in “Goodfellas” were it not for the unsettling mood it evokes. On a clear evening in Tokyo, Rei (Kiko Mizuhara) enters an underground club and buys a stranger a tequila shot. Agitation builds as Rei and the man retire to his condo and start to have sex. Finally, the tension breaks — not in orgasm, but in grisly murder as Rei slits the man’s throat.

Based on a Japanese manga series, “Ride or Die” (on Netflix) follows the complicated relationship between two women: Rei, a reserved doctor, and her longtime crush, Nanae (Honami Sato). We learn that the stranger at the bar was Nanae’s husband, a wealthy businessman who physically abused her. When Nanae asked Rei to kill him, Rei obliged out of love.

The remainder of this long, often puzzling film unfolds as a fugitive road movie. After the murder, Rei and Nanae flee to the countryside. They visit Nanae’s childhood home and shelter from the rain at a railway depot. Despite the wild lengths Rei goes to for Nanae, the duo have not spoken for a decade before the murder. Their runaway doubles as a reunion trip.

The director Ryuichi Hiroki paces out the pair’s blossoming alliance with care. Meals are times for laughter and bonding, while occasional flashbacks to the women’s prep school days offer a tender back story of their association. The movie gracefully captures the rhythms of intimacy, how it deepens quicker in stolen time.

But even as they develop a kinship, the women themselves remain ciphers. We are asked to accept that Rei committed murder out of romantic ardor, but her sacrifice is too great to empathize with. Nanae’s feelings are also obscure — what she wants out of their time together seems to change on a whim. This blurriness of character never clears, making “Ride or Die” a frustrating experience as much as a sentimental one.

Ride or Die
Not rated. In Japanese, with subtitles. Running time: 2 hours 22 minutes. Watch on Netflix.

Why Traveling Makes Us More Creative – Get Info Center