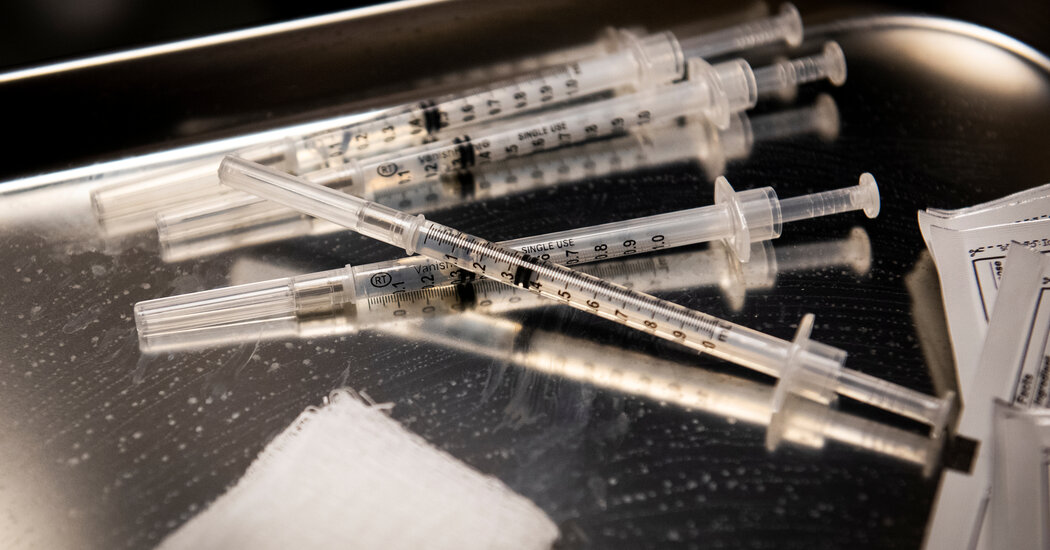 Millions of Americans are not getting the second doses of their Covid-19 vaccines, and their ranks are growing.

More than five million people, or nearly 8 percent of those who got a first shot of the Pfizer or Moderna vaccines, have missed their second doses, according to the most recent data from the Centers for Disease Control and Prevention. That is more than double the rate among people who got inoculated in the first several weeks of the nationwide vaccine campaign.

Even as the country wrestles with the problem of millions of people who are wary about getting vaccinated at all, local health authorities are confronting an emerging challenge of ensuring that those who do get inoculated are doing so fully.

The reasons vary for why people are missing their second shots. In interviews, some said they feared the side effects, which can include flulike symptoms. Others said they felt that they were sufficiently protected with a single shot.

Those attitudes were expected, but another hurdle has been surprisingly prevalent. A number of vaccine providers have canceled second-dose appointments because they ran out of supply or didn’t have the right brand in stock.

Walgreens, one of the biggest vaccine providers, sent some people who got a first shot of the Pfizer or Moderna vaccine to get their second doses at pharmacies that only had the other vaccine on hand.

Several Walgreens customers said in interviews that they scrambled, in some cases with help from pharmacy staff, to find somewhere to get the correct second dose. Others, presumably, simply gave up.

From the outset, public health experts worried that it would be difficult to get everyone to return for a second shot three or four weeks after the first dose. It is no surprise that, as vaccines are rolled out more broadly, the numbers of those skipping their second dose have gone up.

But the trend is nonetheless troubling some state officials, who are rushing to keep the numbers of only partly vaccinated people from swelling.

Mounting evidence collected in trials and from real-world immunization campaigns points to the peril of people skipping their second doses. Compared with the two-dose regimen, a single shot triggers a weaker immune response and may leave recipients more susceptible to dangerous virus variants. And even though a single dose provides partial protection against Covid, it’s not clear how long that protection will last.

“I’m very worried, because you need that second dose,” said Dr. Paul Offit, a professor at the University of Pennsylvania and a member of the Food and Drug Administration’s vaccine advisory panel.

The stakes are high because there is only one vaccine authorized in the United States that is given as a single shot. The use of that vaccine, made by Johnson & Johnson, was paused this month after it was linked to a very rare but serious side effect involving blood clotting. Federal health officials on Friday recommended restarting use of the vaccine, but the combination of the safety scare and ongoing production problems is likely to make that vaccine a viable option for fewer people.

The C.D.C.’s count of missed second doses is through April 9. It covers only people who got a first Moderna dose by March 7 or a first Pfizer dose by March 14.

While millions of people have missed their second shots, the overall rates of follow-through, with some 92 percent getting fully vaccinated, are strong by historical standards. Roughly three-quarters of adults come back for their second dose of the vaccine that protects against shingles.

In some cases, problems with shipments or scheduling may be playing a role in people missing their second doses. Some vaccine providers have had to cancel appointments because they did not receive expected vaccine deliveries. People have also reported having their second-dose appointments canceled or showing up only to find out that there were no doses available of the brand they needed.

Some people can be flexible about being rebooked. But that’s harder for people who lack access to reliable transportation or who have jobs with strictly scheduled hours, said Elena Cyrus, an infectious disease epidemiologist at the University of Central Florida.

Walgreens booked some customers for their second appointments at places that didn’t have the same vaccine that they had received for their initial doses. The company said it fixed the problem in late March.

Susan Ruel, 67, was scheduled to get her two vaccine doses at different Walgreens stores in Manhattan. She said she got her first Pfizer dose without incident in February, but when she arrived for her second appointment, she was told that the store only had Moderna doses in stock.

Ms. Ruel managed to get the Pfizer dose at yet another Walgreens the next day. But she said many people in her situation probably wouldn’t have tried so hard. “All you need is hassles like this,” she said.

In the Chicago area, for example, pharmacists at two Walgreens locations said the problem was causing headaches. They said that Walgreens’ appointment system was sending each pharmacy anywhere from 10 to 20 customers a week who need a second Pfizer shot, even though both pharmacies stock only the Moderna vaccine.

It is not clear how widespread the Walgreens dose-matching problem has been or how many people have missed their second doses because of it.

Jim Cohn, a spokesman for Walgreens, said that the problem affected “a small percentage” of people who had booked their appointments online and that the company contacted them to reschedule “in alignment with our vaccine availability.” He said that nearly 95 percent of people who got their first shot at Walgreens have also received their second shots from the company.

Walgreens has also come under fire for, until recently, scheduling second doses of the Pfizer vaccine four weeks after the first shot, rather than the three-week gap recommended by the C.D.C. Pharmacists have been besieged by customers complaining, including about their inability to book vaccine appointments online.

In other cases, though, access to vaccines is not the sole barrier; people’s attitudes contribute, too.

Basith Syed, a 24-year-old consultant in Chicago, nabbed a leftover Moderna vaccine at a Walgreens in mid-February. But when the time came for his second shot, he was busy at work and preparing for his wedding. After the first shot, he had spent two days feeling drained. He didn’t want to risk a repeat, and he felt confident that a single dose would protect him.

“I didn’t really feel the urgency to get that second dose,” Mr. Syed said.

By early April, his schedule had calmed down a little, and he went looking for a second Moderna shot. But by then, the Walgreens where he had gotten his first shot was only offering Pfizer shots. He couldn’t find slots at other Walgreens stores. Mr. Syed is no longer actively looking for a second shot, though he still hopes to eventually get one.

The C.D.C. says there is limited data on the vaccine’s effectiveness when shots are separated by more than six weeks, although some countries, including Britain and Canada, are giving shots with a gap of up to three or four months.

Mr. Syed’s experience is part of a broader shift in Illinois. When vaccines were mostly being given to health care workers, residents of long-term care facilities and people over 65, almost everyone was getting their second shots. In recent weeks, though, the number dipped below 90 percent, though it has since rebounded slightly, according to the Illinois Department of Public Health.

In Arkansas, about 84,000 people have missed their second shots, representing 11 percent of those eligible for those shots, said Dr. Jennifer Dillaha, the state epidemiologist. Workers recently began calling people who are due or overdue for their second shots.

College students pose a particular challenge. Many recently became eligible to be vaccinated and are getting their first shots, but they will have left campus by the time they are due for their second doses.

In Pennsylvania, health officials have instructed vaccine providers to give second doses to college students even if they did not receive their first doses from that location.

Demand has been strong, and Tidelands only has a few hundred doses left. The majority of takers have been people who “were having difficulty navigating all the various scheduling systems and providers,” said Gayle Resetar, the health system’s chief operating officer.

In many cases, vaccine providers had canceled second-dose appointments because of bad winter weather. “It was up to the individual to reschedule themselves on a web portal or web platform, and that just became difficult for people,” Ms. Resetar said.

There are rare cases in which people are supposed to forgo the second shot, such as if they had an allergic reaction after their first shot.

Zvi Ish-Shalom, a religious studies professor from Boulder, Colo., had planned to get fully vaccinated. Then, an hour after his first shot of the Moderna vaccine, he developed a headache that hasn’t gone away more than a month later.

There is no way to know for sure whether the vaccine triggered the headache. But after weighing what he saw as the risks and benefits of a second dose, Dr. Ish-Shalom reached a decision about how to proceed.

“At this point in time, I feel very clear and very comfortable, given all the various elements of this equation, to forgo the second shot,” he said. 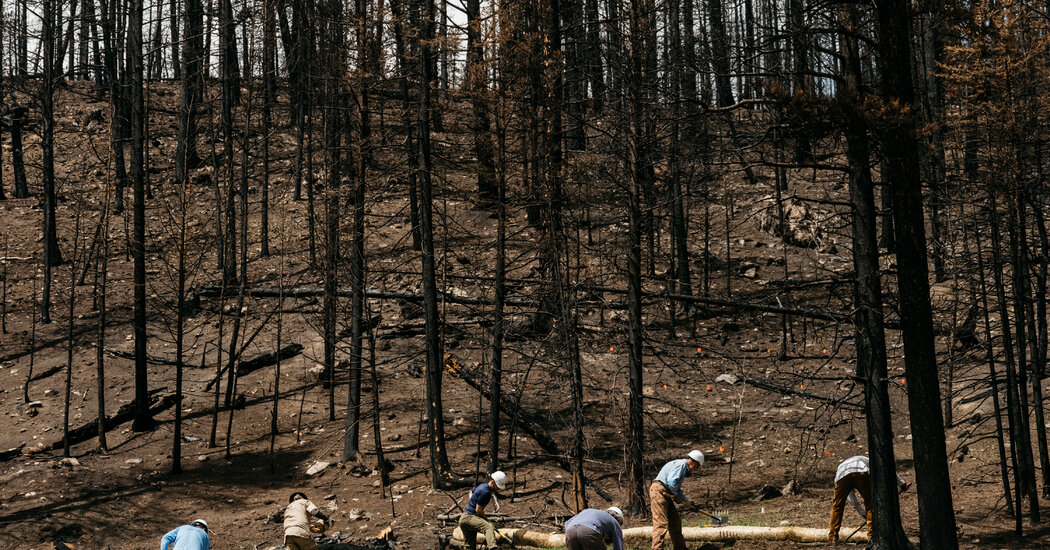 Wildfires Threaten Urban Water Supplies, Long After the Flames Are Out 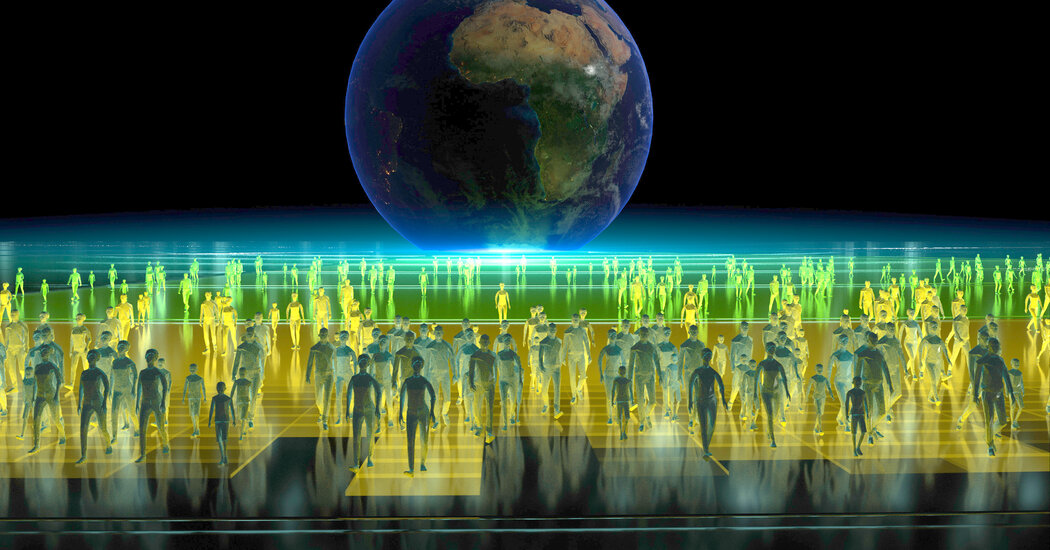 ‘Breaking Boundaries: The Science of Our Planet’ Review: A Dire Warning