Skip to Content
Home / News / Manhattanhenge 2021: When and Where to Watch 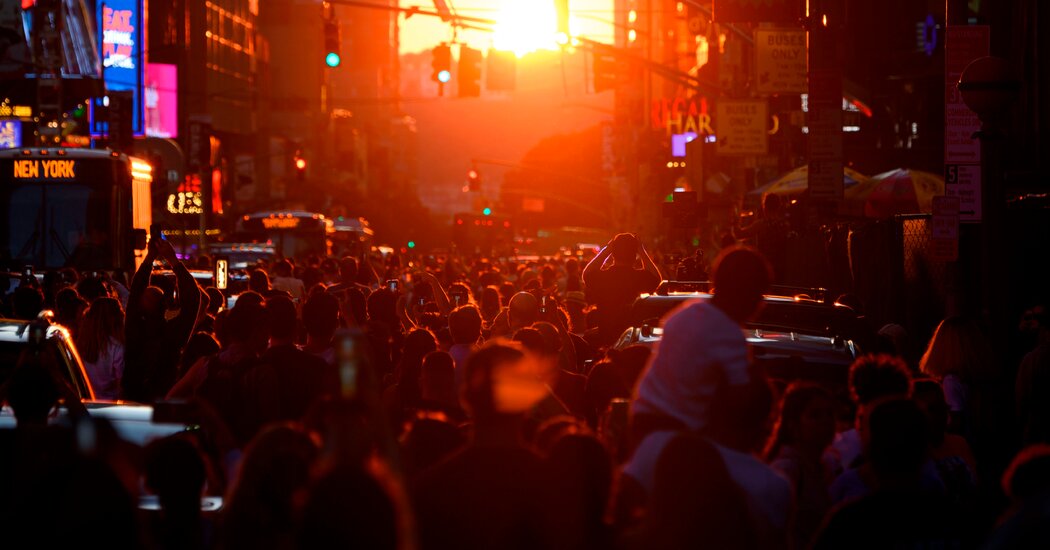 For two days every spring and summer, the sunset lines up with Manhattan’s street grid, creating a gorgeous celestial spectacle. For a brief moment, the sun’s golden rays illuminate the city’s buildings and traffic with a breathtaking glow.

“It’s the best sunset picture of the year that you will have in this beautiful city,” Jackie Faherty, an astrophysicist at the American Museum of Natural History said to The Times in a 2017 interview. “Sometimes they call it the Instagram holiday.”

Manhattanhenge’s name is a homage to Stonehenge, the monument in England believed to have been constructed by prehistoric people and used in rituals related to the sun. During the summer solstice, the sunrise there is perfectly framed by its stone slabs.

This year’s occurrence comes as the city is steadily reopening. In 2020, the effects of the coronavirus pandemic put a damper on the public observation of Manhattanhenge.

“Typically this is an event that invites crowds and clearly last year — especially in May and July — that wasn’t a welcome kind of event,” Dr. Faherty said in a more recent email.

But with vaccinations rising, a greater understanding of how to stay safe and a growing number of visitors to the city, the crowds viewing Manhattanhenge could feel more normal in size this year.

[Sign up to get reminders for space and astronomy events on your calendar.]

You can catch the dazzling display’s first round at the following days and times, according to Dr. Faherty:

If you miss the show in May, you’ll get a second chance in about a month and a half.

Why does it happen?

Some 200 years ago, the architects who created the plan for modern Manhattan decided to build it using a grid system with avenues that run north and south and streets east and west. That choice inadvertently set the stage for Manhattanhenge, according to Dr. Faherty.

“They created this bull’s-eye for the sun to hit,” she said.

The sun moves slightly along the horizon throughout the year as Earth tilts along its axis. That means there are times during the year when the setting sun lines up with the east- and west-running streets in Manhattan.

If Manhattan were laid out so that it aligned exactly with east and west on a compass, Manhattanhenge would occur on the spring equinox and the fall equinox. Instead, the city is 30 degrees from cardinal east and west, so the dates are shifted.

Manhattanhenge appears either as a full-sun event or a half-sun one.

What’s the difference between a half sun and a full sun?

Is the view better in May or July?

Whether you get a good show depends on how cloudy it is.

Where are the best places to watch?

The key is finding a spot with a clear view of New Jersey. Dr. Faherty suggests going to a point where the streets are wide and the buildings are beautiful.

The most popular spots are 42nd Street, with its flashing signs, as well as 57th, 34th, 23rd and 14th Streets. There you will see people bobbing in and out of the crosswalk, hoping to snap the perfect sunset. Because you have to be in the middle of the street to see Manhattanhenge, remember that safety comes first.

People also throng to the Pershing Square overpass near Grand Central Terminal, but that location is very close to traffic. The police are well aware of this and frequently disperse the crowds. A safer option is the Tudor City overpass near the United Nations, but amateur and professional photographers get there very early and leave little room for the casual sungazer.

Don’t forget the other boroughs, Dr. Faherty added. Gantry Plaza State Park in Queens also has a nice view of the spectacle.

Are there Covid concerns related to Manhattanhenge crowds?

For people who are fully vaccinated, the Centers for Disease Control and Prevention says outdoor activities even among crowds are safe. You can still wear a mask though.

If you are not fully vaccinated, assess the size of the crowd with which you are viewing the setting sun. In a small outdoor gathering where people’s vaccine status is unknown, those who are not immunized can wear a mask. But if large numbers of people pack onto streets to watch Manhattanhenge near you, the C.D.C. assesses the risk as “least safe.” 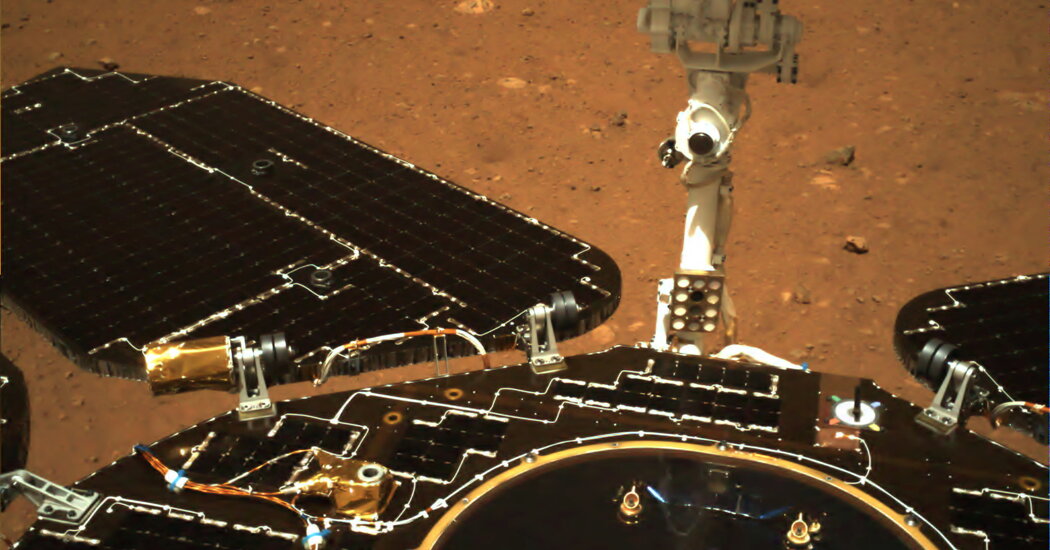 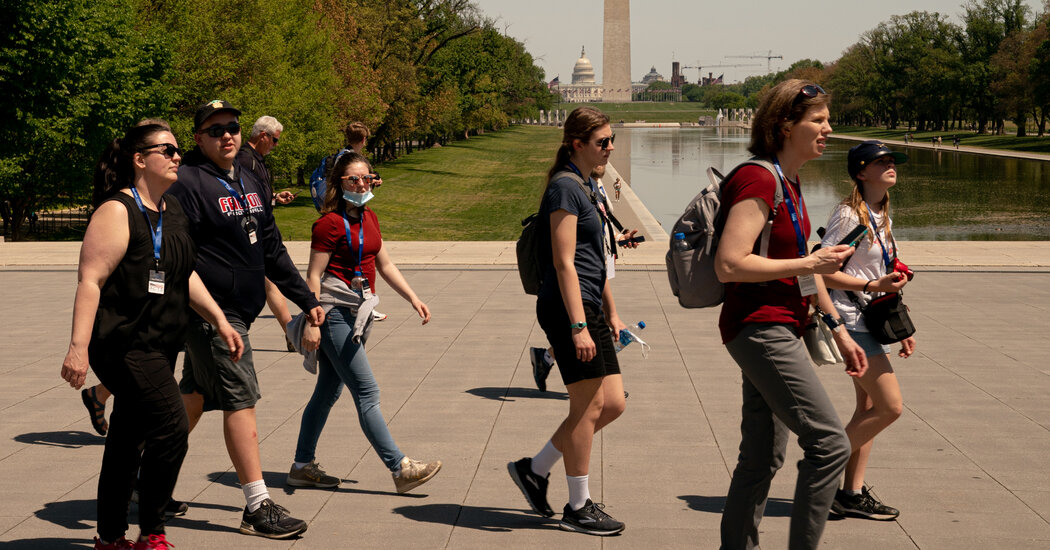 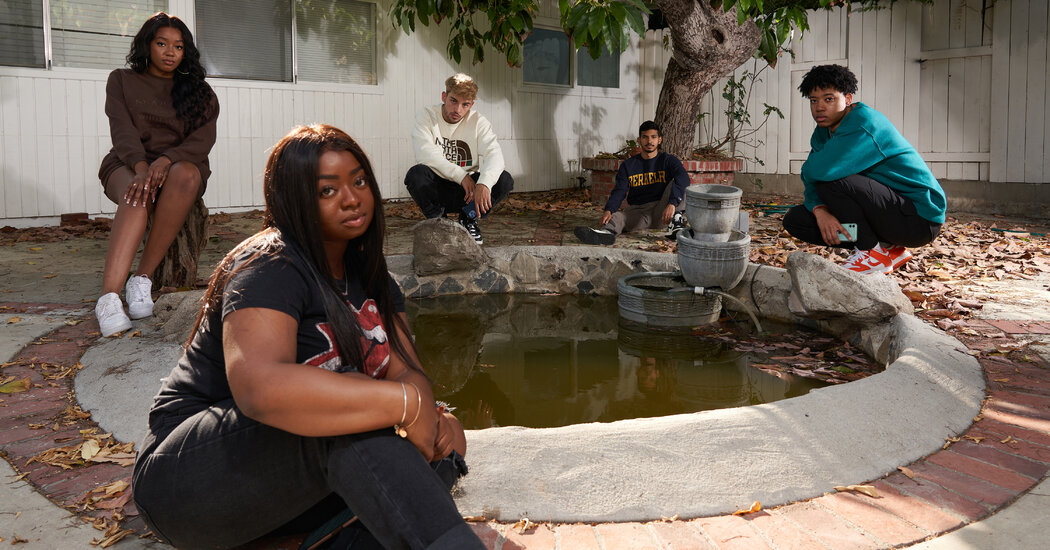