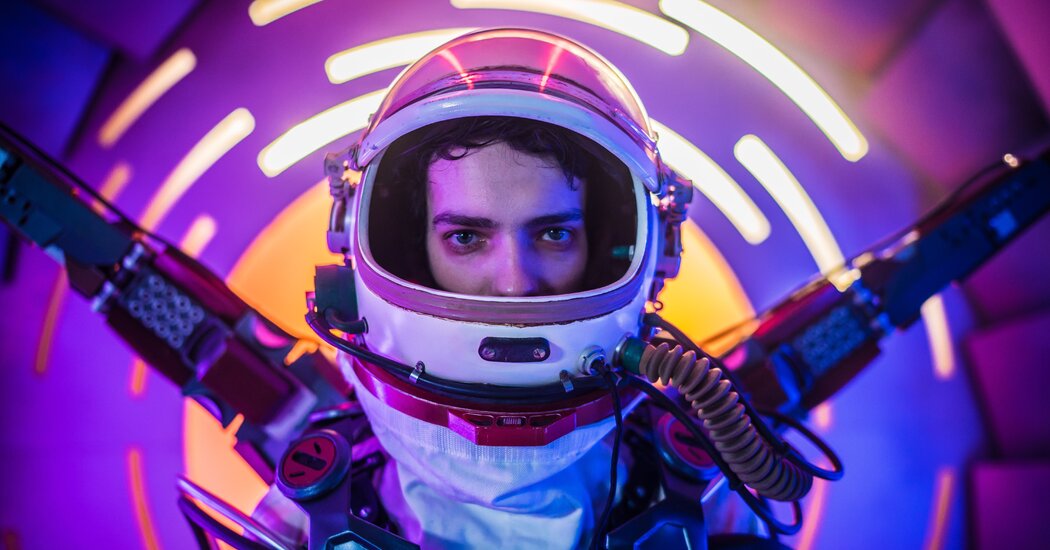 Questions, questions: at their best, science-fiction films ponder and ask, then are so compelling that you forget you ever wanted an answer. This month’s selection will particularly reward viewers who have no patience for easy resolutions — or distinct genre classifications.

The Taiwanese director Cheng Wei-Hao’s ambitious movie will frustrate viewers who like their genres neatly defined. Set in 2032, it follows the efforts of the prosecutor Liang Wen-Chao (Chen Chang) to solve the gruesome death of a local business tycoon, slaughtered by his estranged son — at least that’s what it looks like. A giant question mark also hovers above the dead man’s second wife, Li Yan (Anke Sun, chilly and unsettling).

Liang is especially desperate to figure out what happened because he has cancer and this could be his last case.

Nothing in the convoluted plot is at it seems, and “The Soul” careers wildly from one red herring to another, from horror to procedural to science fiction to melodrama to thriller to romance, and back again.

For the most part Cheng succeeds in keeping his disparate themes in the air: It’s like watching someone juggle a knife, a ball, a pin and a glass, only occasionally dropping one. And underneath the “oh no, they didn’t!” plot twists, the movie’s bittersweet concern is our inability to accept the inevitable and let things — or people — go.

Buy or rent it on Amazon Prime, Google Play, Vudu.

Some movies come preloaded with lengthy exposition. Others dispense information in a slow, steady drip. And then there are those that dare audiences to embrace a state of puzzlement. “Doors” squarely belongs to that last category, and your reaction to it will vary based on your tolerance for unexplained events with a whiff of the metaphysical. If the last part of “2001: A Space Odyssey” drives you crazy, stay away from this anthology effort, in which millions of the title objects appear overnight, with no clue about their origin.

The best of the movie’s three distinct parts are the first and last. In the introductory “Lockdown,” the director Jeff Desom conjures up a mini-horror movie as a group of kids taking a test must figure out what to do about a door that popped up in a hallway. Saman Kesh’s meandering “Knockers” takes place after millions of people have disappeared through the doors and into … another reality?

“Lamaj,” directed by Dugan O’Neal, is back on solid footing as Jamal (Kyp Malone, from the band TV on the Radio) monitors a door deep in the woods. One day, the door talks to him — not to explain what is happening, though. For that, we still have to use our imagination.

Buy or rent it on Amazon Prime, Google Play, Vudu.

There’s little science in this new Swedish movie, and even less fiction: It’s hard not to think that the events could happen all too easily.

“The Unthinkable” squarely belongs to the pre-apocalyptic genre: Mysterious explosions paralyze Stockholm, the Swedish power grid collapses, nobody can figure out what’s happening, and in no time the country completely falls apart. As is typical in survival tales, the movie — which is credited to the film collective Crazy Pictures — follows a small group of archetypes trying to make it through the ordeal: a tormented guy (Christoffer Nordenrot, who helped write the screenplay) trying to reconnect with his childhood sweetheart (Lisa Henni), herself desperately looking for her small daughter; a conspiracy theorist (Jesper Barkselius) who may or may not be right about what’s happening; a high-ranking government official (Pia Halvorsen) trying to do the right thing.

The movie’s first third feels like a fairly run-of-the-mill family drama, complete with flashback to traumatic childhood events. And then the machine clicks into high gear and you’re too distracted by the impressive set pieces to be bothered by the murky explanations — an unnecessary coda during the end credits feels like a jokey cop-out. And the biggest question remains unanswered: How the heck did Crazy Pictures pull this off on a $2 million budget?

Stream it on Hulu.

Try not to get stuck on the convoluted plot — time-travel paradoxes are hell on screenwriters. What matters in this Australian eco-dystopia is the human element. More specifically Kodi Smit-McPhee’s performance as Ethan, a lowly worker who is sent from 2067, when an oxygen-starved Earth is in its death throes, to a time centuries ahead that may hold the key to salvation. Tall and slightly gaunt, with wide-spaced eyes that give him a haunted look, Smit-McPhee — first noticed 12 years ago as the young boy in the adaptation of the Cormac McCarthy post-apocalyptic novel “The Road” — does not resemble the he-men usually assigned to single-handedly rescue the world. But that’s exactly what makes him so distinctively appealing here.

Seth Larney’s film does not always make sense, and you wish it made better use of Ryan Kwanten and Deborah Mailman in key supporting roles. But Smit-McPhee is a strong anchor. That Ethan accepts the mission less for the sake of saving humanity and more for that of saving a single person (his wife), makes terrible sense.

When a crisis hits onscreen, characters often seem to instantly become experts in survival, no matter their jobs — remember, Tom Cruise was a simple longshoreman in “War of the Worlds.”

But what if the folks facing an alien invasion were woefully inept, for a change? That’s the case in this very funny satire from Alex Huston Fischer and Eleanor Wilson. A couple of Brooklyn hipsters, Jack (John Reynolds, from “Search Party”) and Su (Sunita Mani, “GLOW”), are spending an off-the-grid week upstate when mysterious fur balls crash-land from space. Lacking follow-through and entirely devoid of practical skills — the movie suggests that an overreliance on smartphones is partly to blame — our two earthlings sink rather than rise to the occasion, and soon Su and Jack are on the run, screaming, from the killer “pouffes” (whose resemblance to the Tribbles of old “Star Trek” cannot be fortuitous).

The movie pokes fun both at science-fiction conventions and coddled millennials, while besting many other comedies by miraculously not running out of gas halfway through. 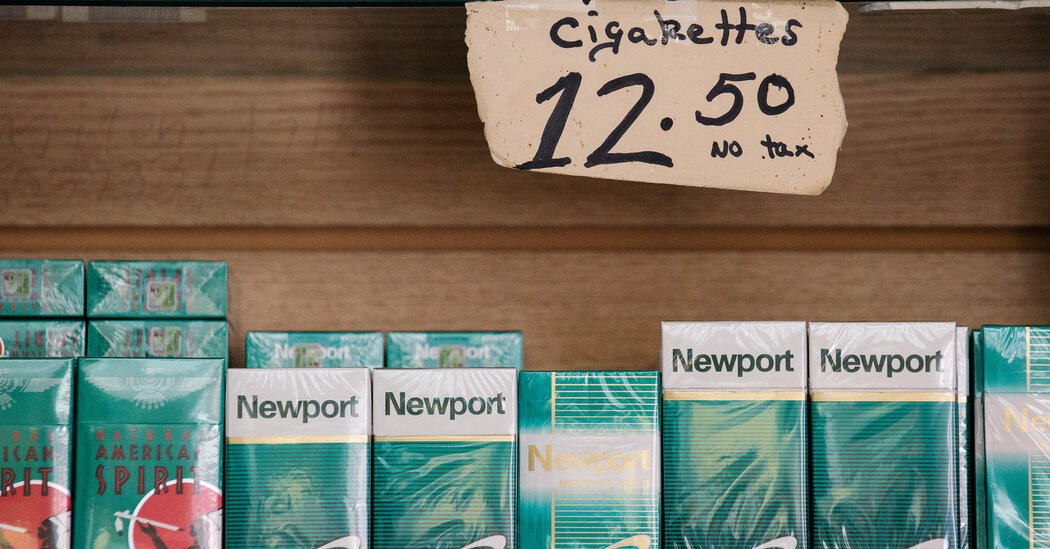 Jerome Kagan, Who Tied Temperament to Biology, Dies at 92 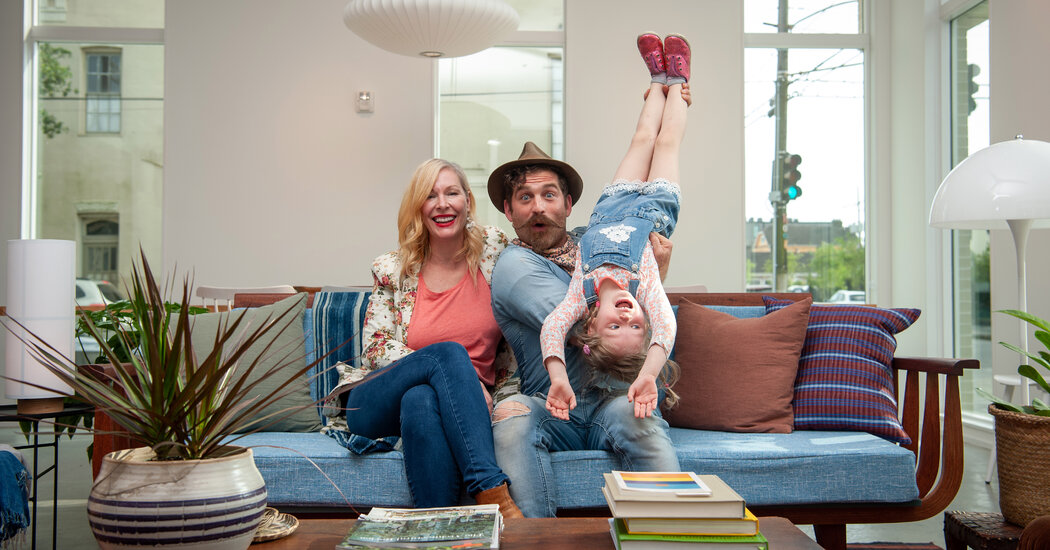